Budget & Student Living Costs in 125 Cities around the World

NOTE – This article was published in 2014. Costs may have changed since.

We do have a 2018 article comparing the cost of living in European cities.

One of the best and most cost-effective ways to see more of the world is to actually take yourself off and live somewhere. Not only will you get a more authentic experience and really get to know a city or country, you can also use it as a base for exploring a region.

Unless you are a student on an Erasmus program or have a lot of cash saved up you will probably need a job but finding work abroad is easier than you might think. Teaching English is a possibility pretty much anywhere and if you are a native speaker or even if you’re not (if you’re reading and understanding all of this in English then you should be fine) then you have a good shot at finding work. In some places you will need a TEFL qualification but you can get this in 4 weeks and can do it in a large number of destinations around the world.

You may have seen our budget travel table but it is important you realise that actually living somewhere is considerably cheaper than travelling there. Renting a room long-term should be cheaper than staying in a hostel. Eating and drinking is cheaper once you’ve got to know a city and know where the value is. You also won’t be forking out for long-distance bus or train tickets every few days.

Our budget is based on:

Student living costs around the world but you don’t have to be a student to live on a budget! Here is a guide to what we consider to be realistic on the figures below:

-renting a room in a shared 3/4 bedroom flat (including gas/water/wifi expenses) in a student area or reasonably cheap district but not one so dangerous where you will be risking your life on a daily basis.

-eating out perhaps a couple of times a week but primarily cooking at home in your flat.

-one big night out per week on average and a couple of other more casual evenings out.

-a bit of cash for entertainment each week (going to the cinema/gigs/museums etc).

-a bit of cash for other necessities (toiletries, toilet roll, cleaning stuff and things like that)

-a monthly travel pass on the cities transport network or the likely cost of travelling in the city most days in a month.

It works out as roughly that of a student budget or perhaps a little bit more in most cities. It should be useful for anyone wondering how much it costs to study abroad or curious about the living costs for Erasmus students in cities in Europe. For everyone else, it may help you decide where you can afford to live.

You can find out more precise info about how we calculated this table and how to more precisely work out how much YOU are likely to spend in any of these cities at the bottom of the page.

Student living costs around the world

(all figures are estimates and in Euros/month)

Oslo, Norway – the most expensive city to live.

Brussels, Belgium – more expensive than 75% of the cities.

Beijing, China – the median city but on the up.

Budapest, Hungary – cheaper than 75% of the cities.

How we calculated the estimated Cost of Living for each city

We started off with a strong idea of the cost of living in a couple of cities in which we have lived in the past couple of years. From there we used this excellent living costs comparison tool (based on the experiences of 1000’s of people around the world) to work out the percentage difference between those cities and others which we haven’t lived. From there we could calculate an estimate of the cost of living in each of these 125 world cities.

Obviously this isn’t an exact science but we hope you find the info useful.

You can convert Euros to your own currency here.

How to calculate YOUR likely monthly living costs in any city

Obviously do your research and consult as many different sources as possible. For example this post on the cost of student living in Medellin would be a big help in forming your budget if you’re planning to move to Colombia.

However everyone has different spending habits so dig out your calculator and use this useful trick to calculate your probable expenditure across the world. First decide if you have lived in any of these cities long enough and recently enough to get an idea of how much you spent each month.

1) Think about what your average monthly expenditure is or was.

2) Compare it to the figure we have quoted for that city.

3) Divide your actual monthly living costs by our estimated living costs to give you a figure (it should be fairly close to 1).

4) Write this figure down somewhere. Do it to at least two decimal places.

5) To calculate your likely living expenses in any of the cities on this page you just need to multiply our estimate by the number you have just written down.

You lived in Hamburg and your average expenditure was only €800 and not the €953 we have.

You want to know what your likely living expenses in Bangkok might be. Our table has Bangkok as €593.

Therefore you’re project monthly expenses in Bangkok would be €498.

If you haven’t lived in any of these cities recently

1) Use the comparison tool to compare the living costs in your current city (or one in which you have lived recently) to one on our list that you think might have similar living costs to yours (for the purpose of this tutorial we will choose Lisbon).

2) You will get a percentage difference between the costs in that city and Lisbon.

3) Convert that percentage into a decimal.

4) Using your decimal see where your city would rank in our scale.

5) Now decide what your actual average monthly living expenses are/were in the city you chose.

6) Compare it to the figure you calculated in step 3.

7) Divide your actual monthly living costs by the estimated living costs to give you a figure (it should be fairly close to 1).

8) Write this figure down somewhere. Do it to at least two decimal places.

9) To calculate your likely living expenses in any of the cities on this page you just need to multiply our estimate by the number you have just written down.

You are from Leeds but Leeds isn’t featured in our list however it is close to Manchester and probably has a similar cost of living.

The comparison tool says that Leeds is 1% more expensive than Manchester.

However in your experience you actually spend 1100 Euros per month in Leeds.

You want to know what your likely living expenses in Bangkok might be. Our table has Bangkok as €593.

So in Bangkok your estimated living costs would be €676.

If your brain has just exploded we apologise!

For an easier read, check out five cheap but cool countries to live in.

This article was published in August 2014. 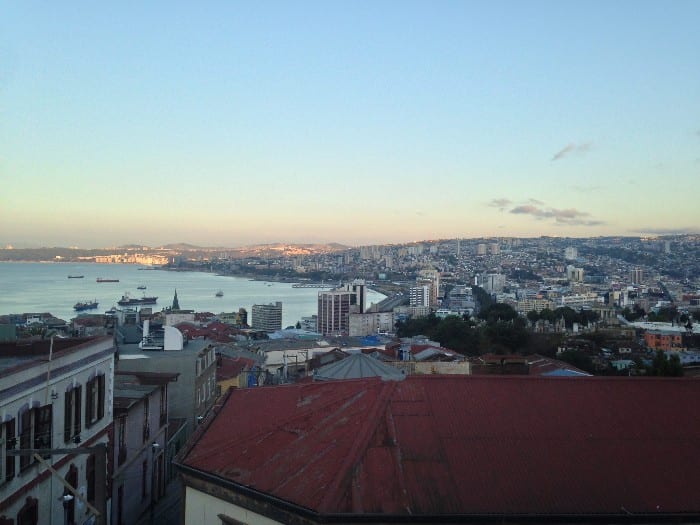 The Ultimate Guide on How to Volunteer Abroad for Free